What causes the cavitation of the centrifugal pump? - ZJBetter

What causes the cavitation of the centrifugal pump?

When the absolute pressure at the water inlet of the pump is reduced to the cavitation pressure at the current water temperature, the water vaporizes.
The water forms gas at the water inlet, so many small bubbles are formed at the water inlet.
When these small bubbles flow into the high-pressure zone with water, the bubble bursts quickly, and the surrounding liquid immediately fills the original bubble cavity. Because the bubble burst time is very short, a hydraulic shock of up to several hundreds MPa is formed.
Vapor bubbles continue to form and burst, and huge hydraulic shocks repeatedly act on the impeller at a frequency of tens of thousands of times per second. Over time, the blades of the impeller will gradually peel off due to fatigue; 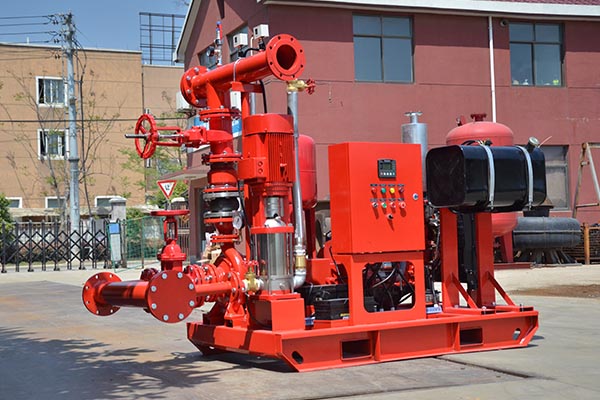 At the same time, there are some active gases (such as oxygen) in the bubble, and the smooth layer of the metal gradually becomes rough due to electrolysis.
After the metal surface roughness is destroyed, accelerate the mechanical erosion.
In addition, in the process of bubble formation and rupture, there will be a temperature difference between the two ends of the overcurrent component, and the cold end and the hot end will form a galvanic couple to generate a potential difference, which will cause electrolysis on the metal surface, and the smooth layer of the metal will gradually become rough due to electrolysis.
Under the combined action of mechanical erosion, chemical corrosion and electrochemistry, honeycomb pits quickly appear on the metal surface, and gradually form cavities and damage. This phenomenon is called cavitation.