Why is a fire pump doesn't work after starting? There may be the following situations： 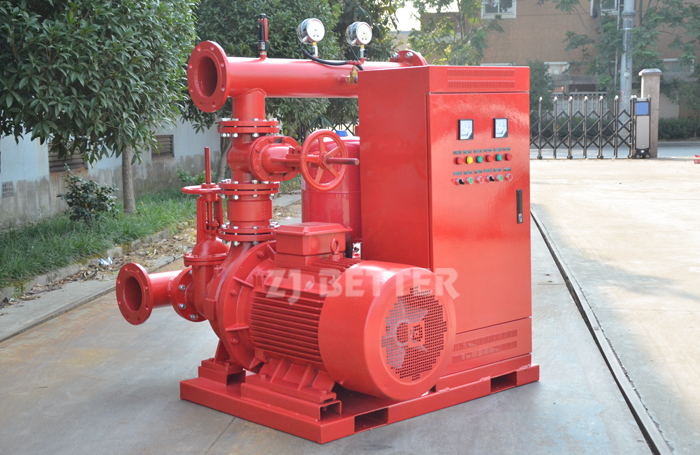 1. There is a phenomenon of air binding

The air remaining in the pump casing is not evacuated before the centrifugal fire pump is started. Since the air density is much smaller than that of water, although the impeller rotates at a high speed after starting, the suction port cannot form enough negative pressure, so that the liquid cannot be sucked into the pump. inside the pump casing. If there is a leak in the suction line, air trapping will also occur during the operation of the pump.

2. The pump casing is not filled with liquid

3. The suction pipe does not extend below the liquid level 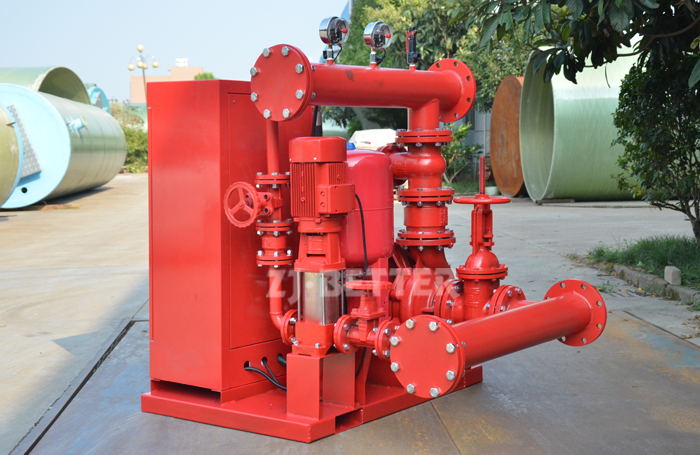 4. The outlet valve is not opened after the pump is started

5. The impeller of the pump is reversed

Centrifugal fire pumps are often driven by electric motors. If the positive and negative poles of the motor are reversed, the impeller of the pump will be reversed, especially for newly installed or repaired or replaced pumps. The impeller of the pump is reversed, the suction port cannot form a certain vacuum, and the liquid cannot be pressed to the outlet pipeline, so the liquid cannot be inhaled and discharged normally after startup.

6. There are defects in the design of the pump inlet and outlet pipelines

7. The filter screen, bottom valve or impeller are blocked

The filter screen is to prevent impurities from being sucked into the pump and cause the pipeline, impeller, etc. to be blocked or worn; the bottom valve is a one-way valve to prevent the liquid from flowing out of the pump along the suction pipe. If there is blockage in the filter screen, bottom valve or impeller, etc., it will also cause the pump to start, but no liquid will be sucked in, and no liquid will be pressed out.